Basic figures for the granite industry

Galicia leads the natural stone industry in Spain. O Porriño has the world's biggest pink granite quarry: every year over 250,000 tonnes of granite blocks are extracted there.

The Galician granite industry is the most technologically advanced in the world, the 2nd biggest in Europe (after Italy) and 5th in the world. Galicia comes before major producers like Belgium, Portugal and Germany.

The companies that make up the Granite Cluster had a turnover of more than 201 million euros in 2016.

Companies in the industry have around 5,000 direct and indirect employees in quarries, processing firms, machinery and marble producers.

Exports of processed granite to the United States, the most important destination for Galician granite, exceeded 26.6 million euros, 5.5% up on 2016.

Mexico, Germany and Tunisia are the other destinations that have seen most growth, at 12%, 8% and 3% respectively.

With exports of nearly 50 million euros, Europe is the most important region for Galician processed granite, accounting for 41% of its total exports worldwide.

North America (Mexico, Canada and the United States), with sales of over 31 million, is the region that has seen the most growth in 2017, at 4%.

Exports of Galician rough granite were worth over 19 million euros, accounting for 83% of total Spanish exports and up by 9%.

Germany, Algeria, Tunisia and Poland are the destinations for Galician rough granite that have grown the most, with 91%, 85%,76% and 63% respectively.

82% of Galician rough granite exports go to Europe, with figures that in 2017 came to 16 million euros of sales, representing an increase of 6% on the previous year. 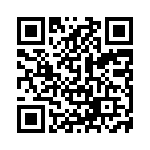 We also use analytics & advertising services. To opt-out click for more information.